The 8th of September 2018 saw antifascists and hip-hop heads converge in Govanhill for the Anti-Fascist Hip Hop Night hosted by Interregnum, Edinburgh Anti-Fascist Action and McNeill’s pub. After months of planning, the first of many such events featured important names in Scotland’s hip hop scene and a visual performance by GAG. Edinburgh Antifascist Action turned out in full force and transformed McNeill’s to an antifascist hub for the night. Other groups present were the Industrial Workers of the World and the Free Tony Taylor campaign.

A far cry the usual dry political event with long speeches given by careerist politicians, yesterday the message was transmitted through breakbeats, verses, and banners hanging from the walls. More importantly, it was raw, unfiltered and unsponsored; there were no big political or media groups giving us money and dictating what we can or can’t say, and the event was not part of some wider gentrifying cultural spectacle, as is so common these days. This night was our night, organised autonomously through the collective efforts of many people coming together to promote good hip hop and anti-fascism.

Our aim was two-fold. The first goal was to contribute to the process which directly connects culture to anti-fascism, thereby creating deep roots in communities and bringing up new generations of antifascists. These foundations last way beyond the lifespan of specific groups and organisations and are the only sustainable response to the fascist threat. The second aim was to further the connections between antifascism and hip hop specifically as a music genre. As we have previously examined, various antifascist movements around Europe use hip hop as a vehicle of promoting the ideals of equality, autonomy and direct action. This objective is facilitated by hip- hop’s history which is explicitly anti-racist and community oriented and by its technical structure which makes personal expression direct and effective. Moreover, as the murder of Killah P by Golden Dawn thugs in September of 2013 attests, this connection between hip hop and anti-fascism terrifies the Nazis. It terrifies them because it both demonstrates and further develops our power and solidarity. Every time we mobilise, whether it is in gigs or in the streets, is a moment that the fascist threat is forced to take a step back. Every space we occupy is a space they can’t access. We hope that we will be able to continue to organise in this direction in the future.

Every event is a learning experience, and this is especially true for this specific gig, which was the first one we organised as Interregnum.  The venue was chosen because 1) we made a very good arrangement regarding the booking fee and 2) it is a place embedded in the local community, with a history of organising similar music events and a licence to sell alcohol. We recognise the problems of holding the event in an inaccessible venue (stairs) and accept our responsibility for not publicly informing people of this issue beforehand. We are privileged in not having to consider issues of mobility in our daily lives, and this was reflected in our neglect of this domain. This mistake will not be repeated.

More than £400 were raised which will go towards organising the next Interregnum hip hop festival on the 17th of November, bringing in antifascist acts from all over Europe (to be announced soon). The proceeds from the November gig will go towards funding a variety of initiatives that will require assistance at that time. Stay tuned! 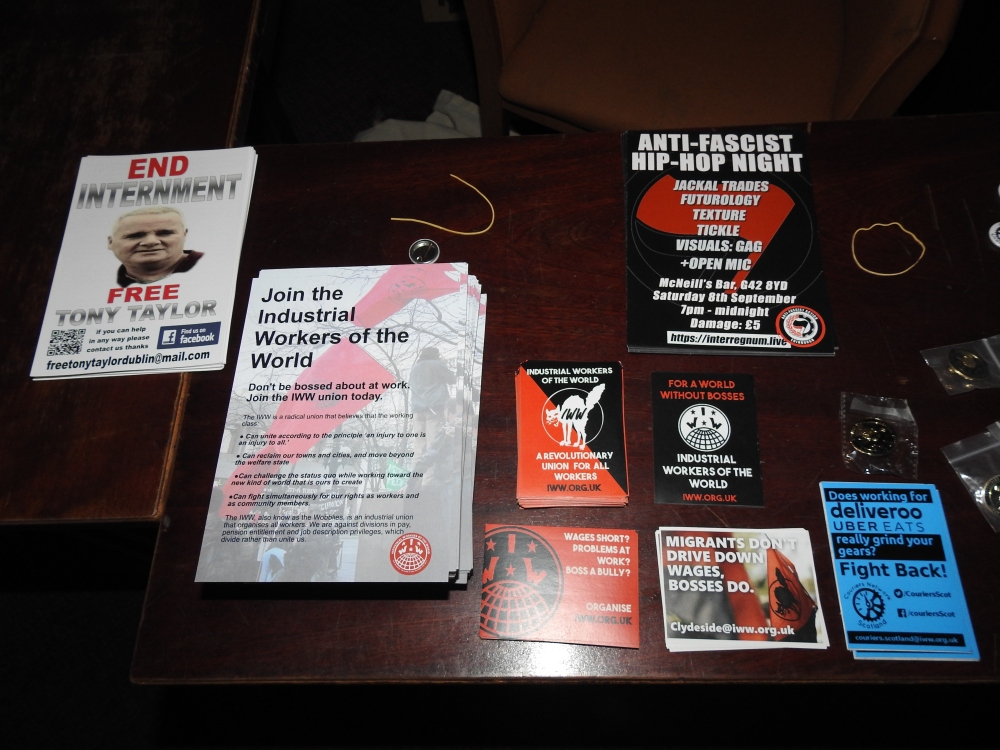 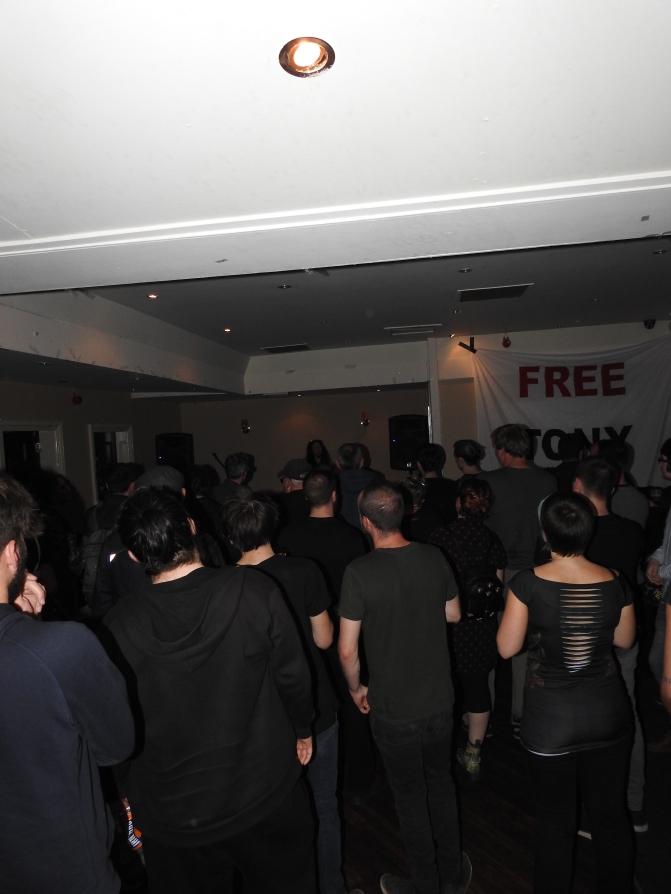 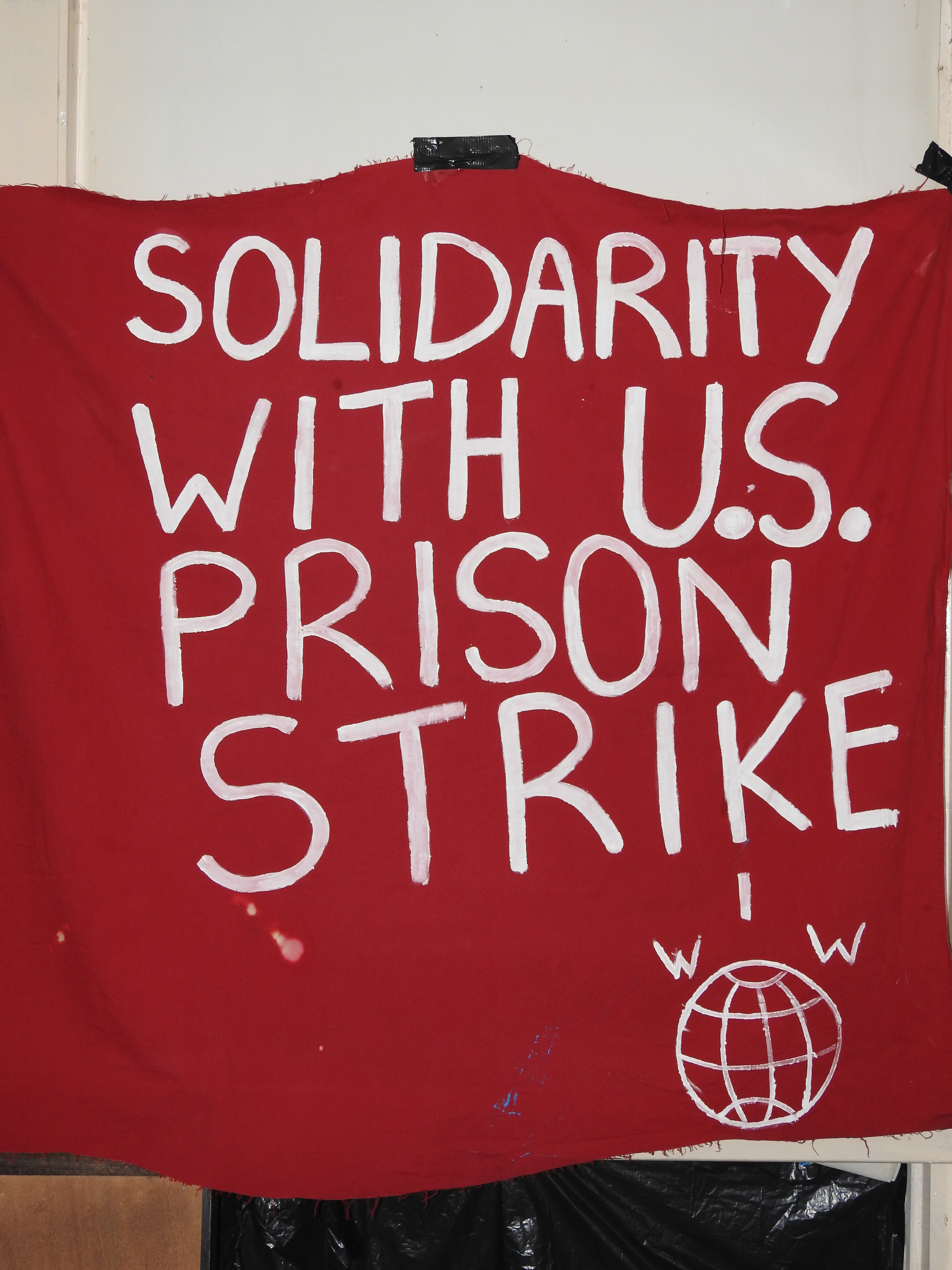