As part of International Week of Solidarity to Anarchist Prisoners between August 23-30 2018,  a variety of anarchists and anarchist groups mobilised in the centre of Glasgow.

The action consisted of a banner drop in Buchanan Street and leafleting passers-by to initiate a public conversation on anarchism and State repression, a subject which is rarely allowed to enter public discourse. The action was joined by members of the Interregnum, Class War Scotland, Glasgow University Anarchists, and the Clydeside Industrial Workers of the World. 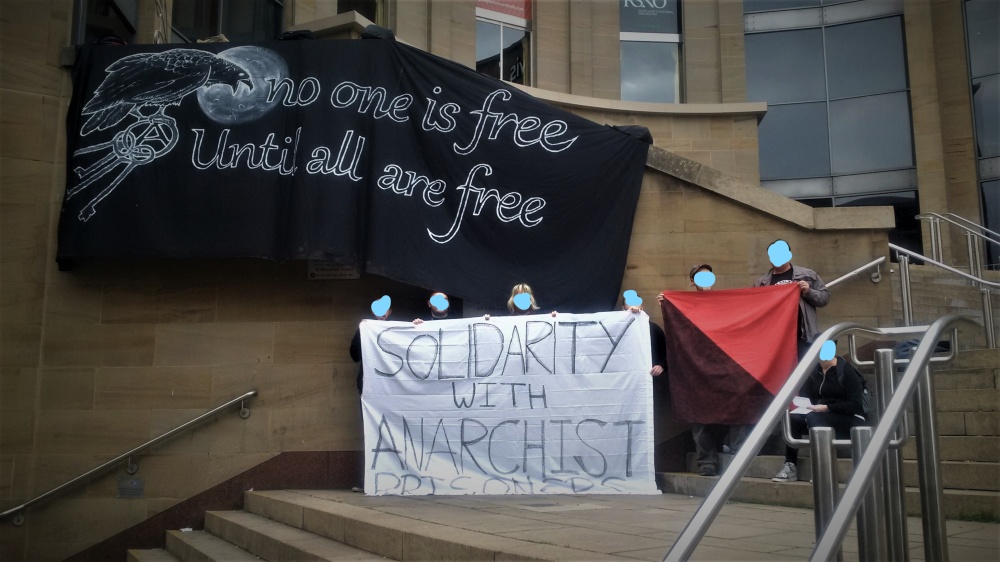 Similar actions were held all over the world including in the Netherlands and Australia.

As we have previously written, solidarity is an indispensable part of our movements. We will continue to report on, raise awareness and organise actions in support of our comrades. 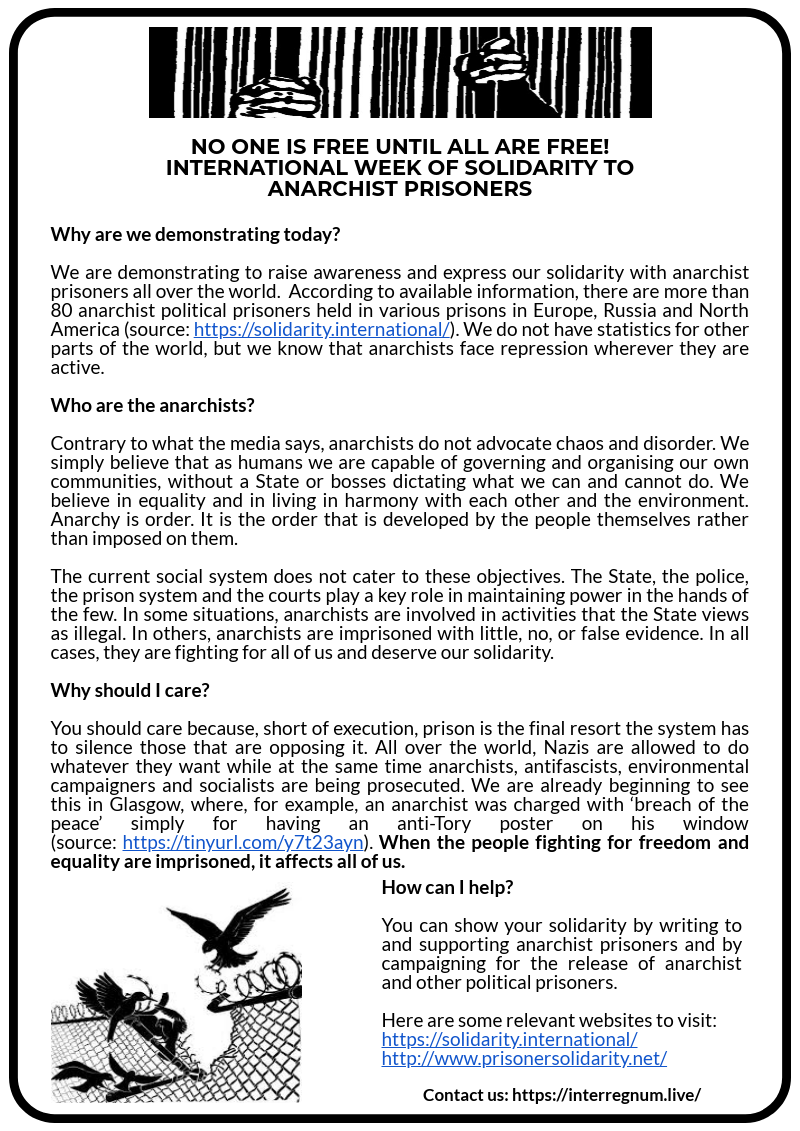